10:35 p.m., Kellermann Parc, Paris 13th. As part of the International Summit  “ The Nature of Cities “, Field Trips are organized in Paris. This one follows the underground course of the Bievre  river in the 13th arrondissement. This secret river that flows under the cobblestones of Paris. It is today forgotten since it was buried in 1912 in Paris, then in the 50s in the suburbs. from Antony to Gentilly. The Bievre was the second river in Paris. Today it is covered with a concrete cap from its source to its mouth, near Austerlitz station. “At the beginning of the 20th century, it was still a trickle of water that snaked south of the capital. Falling from the countryside and ponds of Saint-Quentin, the Bievre (…) was a river of toil, it turned the mills, collected waste slaughterhouses, tanners, dyers, launderers. (…) (Today) melted in the basement, it (is) the ghost member of an amputated city “writes Adrien Combaud in a book he dedicated to the river.

Dancing with Carmen Bouyer, Erika Svendsen, Janice Astbury, Diana Wiesner and Lindsay Campbell from Paris, New York, Bogota and Manchester. We’re dancing the memory of the water passing through here and also the spirit of the waters which follow their underground course towards Butte aux Cailles. 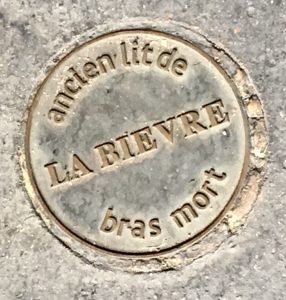 Une Minute de danse par jour has been supported by